I used to think making money was "a scheme."

All I had to do was figure out the best "scheme" and then work it for a while until I could retire on a beach somewhere.

Basically, I was looking for "the easy money".

This type of inaccurate thinking seems to plague all of us at some point or another.

"I'll raise capital from other Canadians for a multi-million dollar development in Costa Rica that will make me a killing."

"I'll throw up a great website with an interactive forum, articles, and resources and it will become the best resource for Canadian investors ever."

"I have all these great ideas that will make me a huge income, I just need some time and cash to get them started."

"I'll create some massive residual income selling this funky spunky juice to my friends and family."

Any of these sound a tad familiar?

Last week we met with our accountant for a bunch of corporate year-end stuff and he was sharing some amazing "money making" schemes that he has seen over the years.

I guess his profession puts him in a pretty good position to see the good, bad and the downright ugly.

He was telling us how 98% of the small businesses he sees end up failing or closing or whatever you want to call it.

How some franchises get their territory cut in half and have to live with it.

How some people run off with other people's money. Leaving them broke.

Some of the stories he shared I don't have permission to repeat but let me tell you that many people take huge gambles on unproven money making ideas - only to lose it ALL.

And I can totally understand how people end up falling for a cool business idea, or an off-shore real estate investment, or some fancy foreign exchange trading.

Because when you are frustrated with your day-to-day lifestyle you are ripe for the picking.

You are ready and willing to put your faith into anything that will rip you out of your current reality and plunk you down in front of the gates of heaven.

They prey on it.

It's much easier to "sell" you on the idea that you "can get rich quick" than it is to say...

"Look, you can make money. But you're going to have to work hard. The first few years will be tough, you will get some scraps and big bruises along the way - maybe even some deep wounds. The payoffs won't be big for at least a couple of years. You'll have a hard time juggling your family and friends with your business building efforts. If you have kids when you do this you'll freak out, at least, five times a week about not spending enough time with them. You'll run out of cash several times along the way - you'll have to find more. There will be big road bumps along the way and those will have to be overcome and then there will be more. You'll be stressed out, you'll be frustrated, you'll have to handle all sorts of pressure, you'll have to get used to dealing with lawyers and accountants but you'll only be able to count on yourself to bring profits into the business. Professionals will tell you what to do but they don't have to pay the bills - you do. And you'll have to personally guarantee things so there's a chance you can lose your house if things don't go well. You'll meet some great, new life-long friends along the way and you'll meet others that will want to take all your money - that's normal and to be expected. Try to figure out which is which. You won't be told the truth all the time. The government won't really explain how to collect or pay their taxes but if you don't do it right they will close you down immediately. Most of what you know today will be useless to you. If anyone uses the words "easy" or "quick" when trying to sell you something ignore them and run away - fast. Most of what you learned at University or College is going to pretty useless too. The real world is more like your old high school cafeteria than like life on a University campus - that's la-la land. Unless you took some debate classes. Those would be very useful. Oh, and try to learn to type, I know that sounds crazy, but you don't want to waste hours pecking at the keyboard. Those books about the Law of Attraction work but only when good things happen. When crap things happen then it's your fault and not the Universe's. The world is changing so fast that all the advertising you do for your business today will be useless next year - so when you are struggling with this year's marketing also plan for next year's. Good luck - you can do it, I think."

Can you get excited about hearing that?

Is it worth the journey.

An Epiphany From A Real Estate Accountants Office

At the end of our meeting with our Accountant last week he mentioned that one of his good friends, who is also Accountant, had a revelation.

They had both seen their fair share of business opportunities, successes and failures over the last 40 years.

And after watching things for that long something became very clear to this Accountant.

Remember, this is coming from someone who has seen all sorts of businesses, franchises, and real estate deals. The good, the bad and the ugly.

"The turtle wins the race."

The best part about this is that he was actually surprised by his observation. Somewhat disappointed I think.

He himself had been looking for the golden goose for many years but had now realized that all the clients he was working with who had built up sizable amounts of wealth were TURTLES.

They picked a business. They stuck to it. Built it up a little each year.

They worked, they hustled, they got off their butt.

Then they invested smartly, in some boring stuff, and kept going.

Hearing all this reminded me of a man I met back in 2007.

In the mid-80's as property values were rising, he refused to listen to his friends and family who told him to sell.

In the early 90's as property values fell off a cliff, he refused to listen to his friends and family who told him to sell.

In the late 1990's as values rose and as the mini-recession of the early 2000's arrived he again refused to listen and refused to sell.

Over the years when he had vacancies he would go to each property with his wife to paint and steam clean the carpets.

He would have to take care of the odd plumbing leak and replace a few roofs.

Sometimes he even had to raise money he didn't have to pay for some of the repairs.

The only thing I would like to add to this that he used leverage to grow his real estate business. He used the bank's money to buy the properties.

In any business, real estate or not, you are looking for points of leverage.

Slow and steady wins the race.

Until next time... be a Renegade and a Turtle! 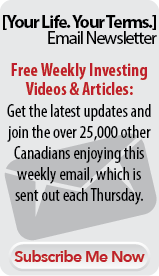